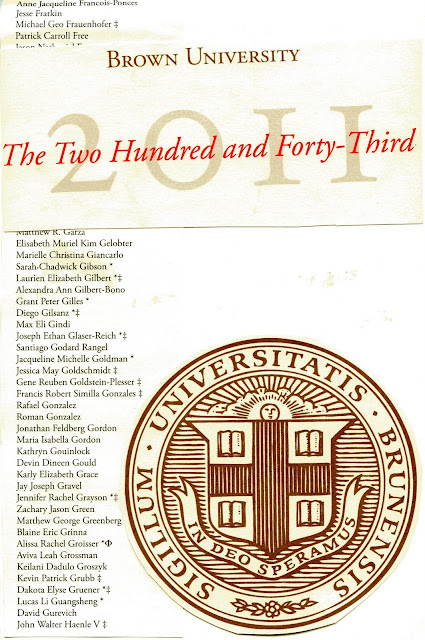 Owing to my Armando and Armida’s generosity and Robert & Paloma’s openness to accommodate me, I was able to attend Francis’s (my godson’s) graduation from Brown University in Providence Rhode Island. It was a wonderfully organized three day event of celebrations, parties, dances and events. Since I arrived on Saturday I missed the baccalaureate but was able to attend the waterfire event, where bonfires are lit along the river as people socialize along the riverwalk. We then attended a swing dance that was being held on the street in downtown Providence. 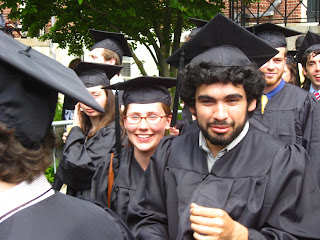 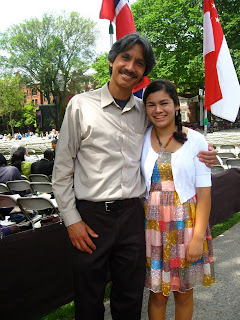 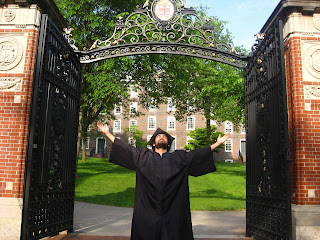 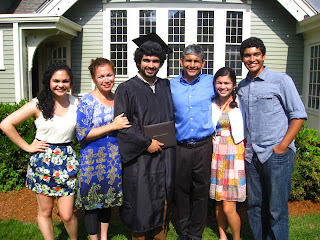 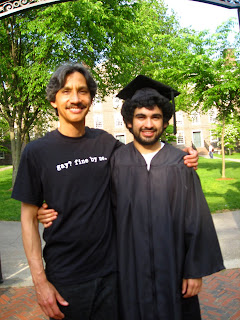 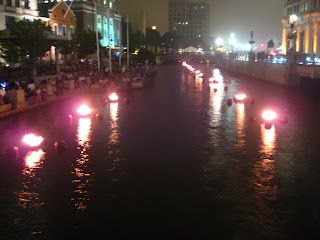 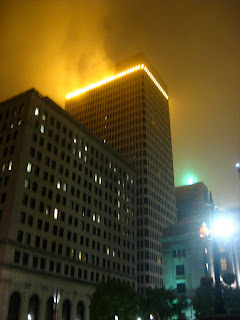 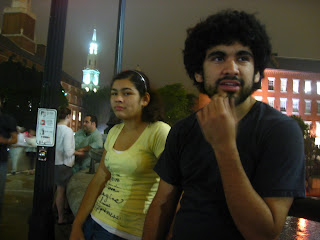 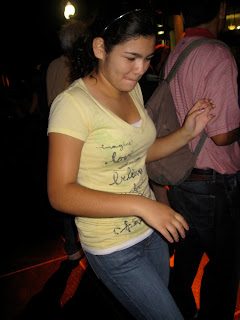 The graduation took all morning and most of the afternoon. As the graduates processed through town to the First Baptist Church, families and alumni cheered them. They then processed to the college green where Ruth Simmons, the president, conferred their degrees. She was moved to be awarded the teacher of the year award. By mid afternoon, the graduates dispersed to their respective departments to receive their diplomas. Francis’ was Development Studies at the Jewish Community Center. It was a more intimate place. Department Director Cornel’s dry humor was charming as master of ceremonies. After a brief nap, we had pizza at Francis’ house—a nice capstone to a wonderful day.
“Francis, let me know how I can help you pack.”
“It is OK, Nino. I have to pack myself.”
And he began to go through the items and memories he had collected over 4 years at Brown. He had just received news that he got a job for PSI  in DC, a  global health organization and he was preparing to leave. So he was closing a chapter to his life at Brown—packing up clothes, books and souvenirs, and saying goodbye to friends. Oh to be young and on the cusp of adulthood. 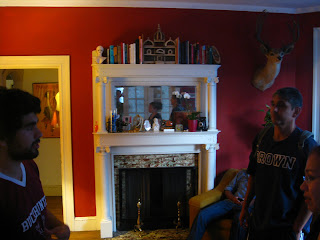 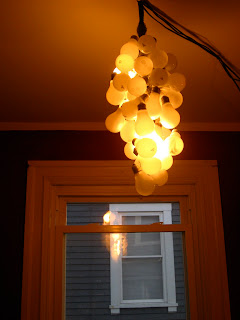 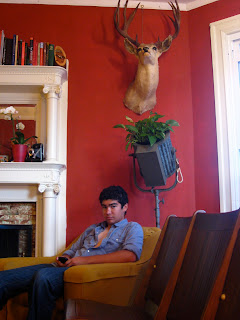 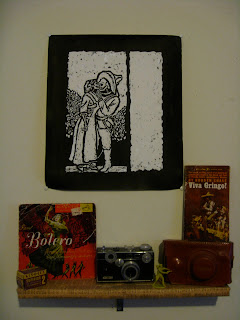 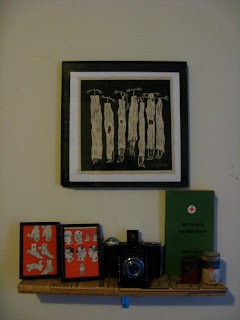 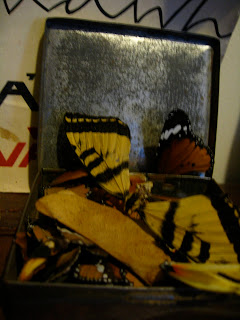 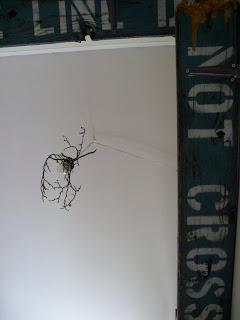 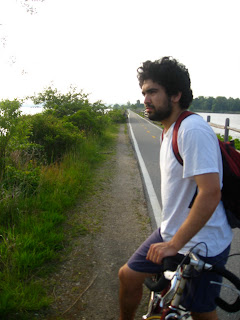 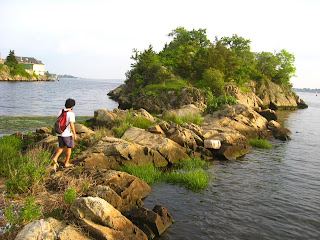 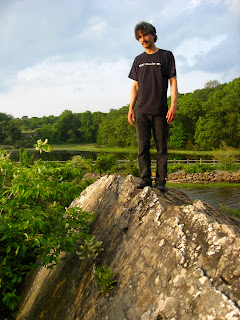 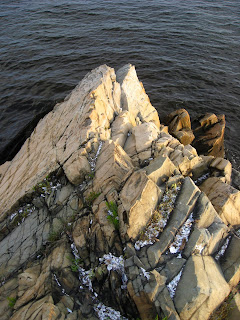 Posted by Heckit at 8:46 AM No comments:

leaving your hybrid on all day in the parking lot and not knowing until you come back from work.
Posted by Heckit at 9:11 PM No comments:

Hector and the Search for Happiness 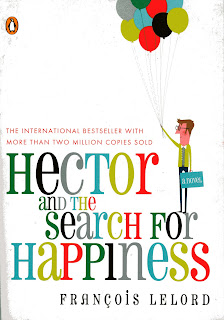 For me it started in with the media headlines of youth who had committed suicide because they were gay or perceived as gay, and the addressing the needs of one of our students who possibly might be gay. It caused me such sadness to know young kids, who had their life ahead of them would kill themselves because they and the world could not accept something so fundamental to who they were.
So some teachers and staff began having meetings to have an LGBT Night for our largely Latino families. I didn’t know what to expect, or who if any would show up as two years ago I was told that a similar workshop didn’t go so well. But last night we had some 50 adults and 40 students. I was really overwhelmed with pride for our staff and families.
I felt strongly that the workshop be done in Spanish and bridge the culture of our families. Many times the materials we have available depict white families, which are one step removed from the culture and language of our families. This was important because of the traditional, machismo and religious taboos on homosexuality in Latin-American countries. We started off with a short video Tres Gotas de Agua, from Our Family Coalition, about the experience of three Latina women who had accepted and loved their had children who turned out to be queer. It was a wonderful, heart touching video. One of our teachers prepared some thoughtful questions (When was the first time who knew of someone who was homosexual? How would you respond if your child wanted to play with toys or dress in clothes of the opposite sex? How would you respond if your child was disciplined for a homophobic hate crime?) I helped facilitate one group—and the thoughtfulness of some of the family members was remarkable: We have to teach respect to our children. We have to see that if our child turned out to be gay, that we would accept and love him. If she wanted to play with toys of the opposite sex, we could have to come to accept it and prepare her for reactions of what others might say.  Rhina, our facilitator, was great. She had great rapport and humor with the Latino families and got them to respond. One mother mentioned that some cultures honor “gay” people. She mentioned that the Zapotecs of Oaxaca called them ira’ muxe. They are known for their artistic skills and ability to make altars. Mothers are proud to have them because they take care of them when they get old. Wow! I am the one educated. We ended with an affirmation of our children. I love my child when ______. It gives me hope.
This is for your Tyler Clementi, Asher Brown, Seth Walsh, Justin Aaberg, Raymond Chase, Billy Lucas and Cody J. Barker.
Posted by Heckit at 9:11 PM No comments:

Of Principals and Moles

Recently my boss went out on paternity leave as he has a new son. That would have an impact on my job and my personal life as I would be acting principal at my school. The prospect left me with discomfort, anxiety and some anger. I have done this before—at a larger school, with many more challenges, so this would not be too hard. But it also arose for me negative memories of carrying a school and making an executive decision alone that hopefully doesn’t have deleterious effects on a school and may make someone unhappy. While I was pleased my boss would be spending time with his son, I would have to make decisions about absent teachers with no sub, addressing discipline problems, and making sure day to day coverage was happening, while at the same time doing my job. 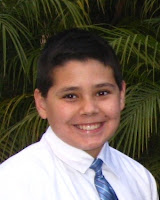 Last weekend my nephew was relating to me that he hated his moles. He thinks he has too many, their too big, and people comment on them. This is something that he has brought up previously. He is oblivious to the fact that he is very handsome and these moles will charm with whomever he falls in love. But this does not comfort an 11 year old prepubescent boy.
In a recent issue of National Geographic there was a small article on people with moles, which have been considered beauty marks. Scientists have found that people with more than 100 moles may age more slowly. People with moles tend to have more telomeres, DNA segments which control the ability of cells to divide and renew tissues, which shrink over time. The more moles, the longer one’s body has the ability renew tissues. I sent him a letter and a copy of the article to him along with Aesop’s fable “The Stag at the Pool” letting him know that moles can be a blessing. But more importantly, that that which we disdain can often be a blessing.
I wish someone one would send me a letter letting me know that being TSAP (teacher substituting as acting principal) can be a blessing in disguise.
Posted by Heckit at 2:41 PM No comments:

Posted by Heckit at 9:15 PM No comments:

I have theory that most people who live in San Francisco remain here because of the mild, cool weather. Yes, we complain about gray skies, about the cold fog and the western winds, but if we really didn’t like it, we would move.
So I kind of dread going out on days that are warm, 75˚ F and above, because people are a little more impatient, more short-tempered, more uncomfortable. Yes, you will see people out in less clothes, in shorts and tank tops, making lines at Mitchell’s, but the change in attitude is noticeable on the road. I could be that I am more irritable when I have to work and it is hot, but I think I am not alone.
©  2011 Hector V. Lee

Posted by Heckit at 9:35 PM No comments:

Posted by Heckit at 9:36 PM No comments:

Posted by Heckit at 9:30 PM No comments: